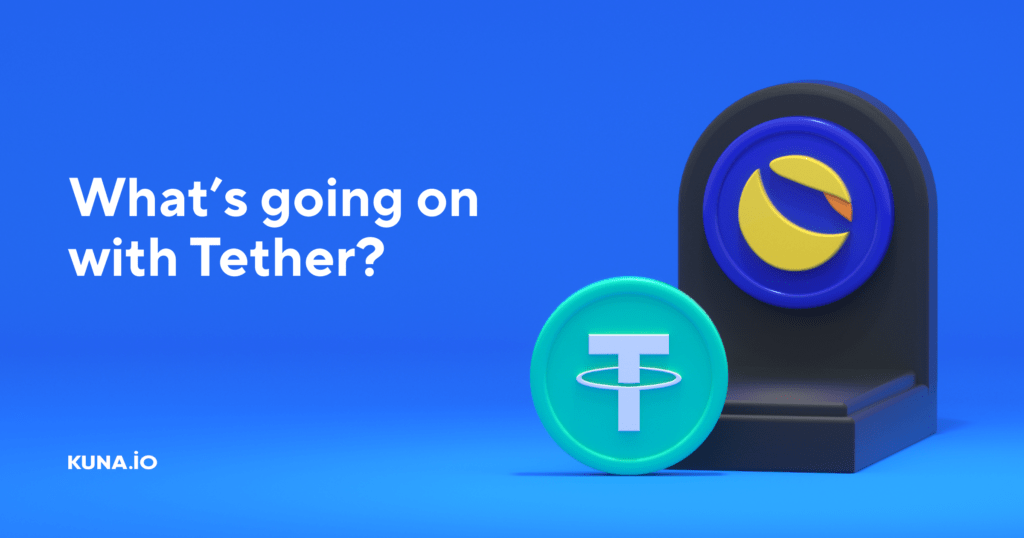 Concerns about Tether are constantly popping up in the crypto area. It has long been one of the most scrutinized companies in the industry and is now facing increased pressure from regulators, investors, and economists.

🟡About Tether in general

Tether is the dominant stablecoin issuer. Unlike traditional cryptocurrencies such as Bitcoin and Ether, whose monetary value can fluctuate wildly, stablecoins are typically designed to maintain a constant price. But many of these coins are stable in name only. In May, while some cryptocurrencies were falling, the crash was partly triggered by the crash of TerraUSD.

Tether claims that its stablecoins are backed by cash and other traditional assets, making its reserves essential to the stable state of the crypto market. Now it has 70 billion coins in circulation, triple the size of TerraUSD before the crash.

In a worst-case scenario, critics say, a large number of traders will start quickly withdrawing their USDT, and Tether may find itself unable to meet these obligations. Investors will lose billions of dollars, causing a potentially devastating panic that could spill over into non-crypto markets as well.

In May 2022, Tether almost faced a similar scenario. As cryptocurrencies plummeted, traders began exchanging their USDT for dollars. And that forced the company to pay out about an eighth of its reserves, or $10 billion, in a week and a half.

In the end, according to the company, they were able to satisfy the demand. Tether is on a victory lap and believes that it has weathered the crisis “flawlessly”.

🟡Tether for the last 3 months

After instability in May, the company launched a fairly massive communications campaign in blogs and press releases, promoting its transparency. However, instead of a full audit of Tether, like other stablecoins, the company published an “attestation” showing a snapshot of reserves and liabilities signed by its accounting firm.

As of Aug. 25, reported assets of $67.7 billion exceeded the company’s $67.5 billion in liabilities by just $191 million, according to the website. This means that a 0.3% drop in assets could render Tether technically insolvent. Such a potential situation, which skeptics argue, could lower trader confidence and spur more redemptions.

The material is provided for informational purposes only and is not a call to action. Rely only on yourself and your knowledge!