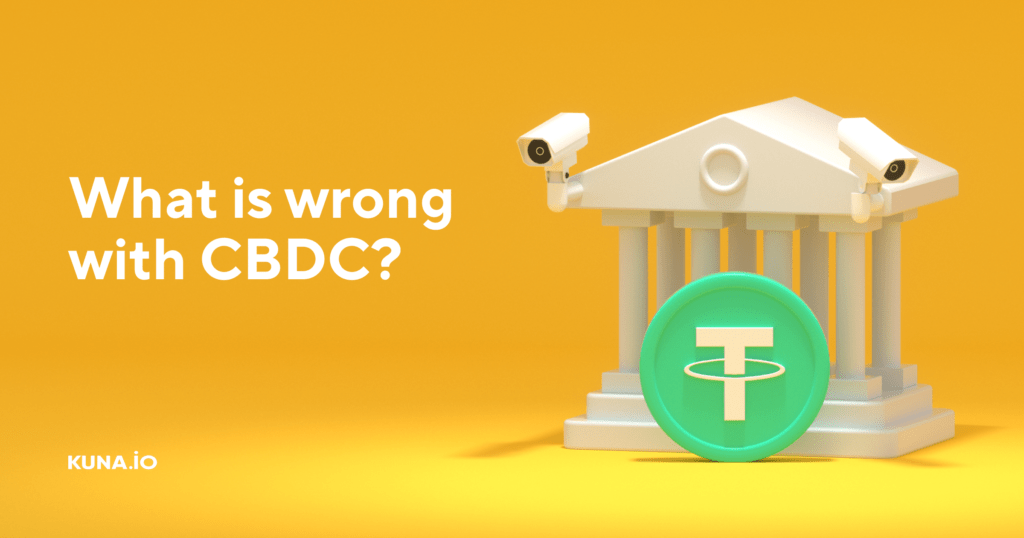 In 2018, the then IMF chief Christine Lagarde said a central bank digital currency (CBDC) could meet the needs of anti-fraud, customer protection, and financial inclusion. She believes payments in such money would be secure, cheap, and instant. But there’s one thing: it happened when BTC was placed in a firm position in the decentralized economy.

So what’s wrong with such currencies? Why did governments start unplanned CBDC launches?

Christine Lagarde should have mentioned one crucial thing: central banks can use CBDCs for total government monitoring and control. Agustin Carstens of the Bank for International Settlements (BIS) also said this at the 2020 IMF meeting. He noted that central banks would get complete control over the rules for using CBDC.

However, not only the digital analogs of fiat but also popular cryptocurrencies are in question. Ethereum became less decentralized and anonymous after switching to the Proof-of-Stake algorithm. And all because of most nodes’ concentration in several organizations’ hands.

According to Jared Polites, a partner at Rarestone Capital, CBDC does not guarantee the transaction transparency that Stablecoin does. In addition, it is still being determined how much more stable the digital analogs of fiat are than the USDT. Another nuance is that governments can impose unnecessary controls on central banks, which can only slow down transactions and further reduce their anonymity.

According to the Atlantic Council CBDC tracker, about 105 countries actively explore government-backed coin implementation. Fifty of them are in the active research stage (including Ukraine), while another ten have already launched CBDCs.

Central banks can issue two types of CBDCs, retail and wholesale. The first type would replace fiat money, while the second would be used for interbank transactions and other payments.

For example, South African, Singaporean, and Canadian central banks have created wholesale payment systems based on distributed ledger technology, which is the basis of significant crypto assets. Before that, these countries refused to recognize the impact of crypto on the economy.

💪 Stablecoins Have Advantages Over CBDC

Over the past five years, cashless transactions have multiplied, and BTC has challenged the traditional economy. So it’s not surprising that many governments have become concerned about the rise of crypto assets and have called for stricter industry regulation.

Christine Lagarde assured that the issuing states would guarantee the effectiveness and transparency of CBDC. However, the crypto community believes differently: USDT and USDC are more decentralized due to their global nature, so they are better suited for new goods and services. Besides, stablecoins are compatible with most monitoring and reporting tools, ensuring complete anonymity and transaction transparency.

However, not everyone supports central bank digital currencies. The UK Parliament’s Economic Affairs Committee has released a report noting the significant challenges to financial stability and privacy posed by implementing CBDC.

According to lawmakers, the anonymity of cash cannot be compared with government-controlled digital assets. Therefore, the Bank of England should prepare for a challenging debate on government monitoring and privacy.

The Bank of Korea takes the same position. It warns that introducing a state-owned digital currency threatens the country’s financial stability. It will lead to an outflow of bank deposits and a sharp reduction in liquidity.