📃 TOP 5 largest crypto traders and how their positions changed in the bear market. 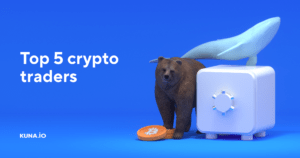 Recently, we released a post where we talked about the impact of the bearish market on the world’s largest crypto funds.

Today, we will talk about the TOP 5 people who are strongly associated with the crypto market, as well as provide up-to-date information about their current positions and views.

Barry Silbert is the founder and CEO of Digital Currency Group. One of the main company’s aspirations is the development of such a financial system that will be closely intertwined with bitcoin and blockchain technologies. One of the company divisions owns BTC for more than $14 billion worth.

Silbert remains a staunch holder of the world’s largest cryptocurrency. Back on July 17, the crypto whale announced on his Twitter that he continued to buy BTC, adding optimism to the then market sentiment. Also, in support of a strong position regarding cryptocurrencies, the recent Twitter confrontation with Nassim Taleb, in which Silbert sarcastically fought off Taleb’s ridicule about expectations in the price of BTC, indicates.

In our blog, we often mention the famous crypto enthusiast and investor, co-founder of Micro Strategy, Michael Saylor. Back in July 2022, Micro Strategy announced the purchase of 400 BTC worth about $10 million, thus adding to its bitcoin account to about 130,000 BTC.

As for his own holdings of BTC, Sailor claimed to own 17,732 of the world’s first cryptocurrency. At the same time, there is no information about the sale of own coins, which confirms Sailor’s confidence regarding the crypto industry’s future.

Cameron and Tyler are investing in various cryptocurrencies and companies related to blockchain technology (such as the private exchange Gemini). There is an opinion that the brothers were the first to achieve the status of billionaires by investing in Bitcoin.

The Winklevosses own about 70,000 BTC coins. In terms of asset sales, it is believed that investors sold Bitcoin only once to fund the Gemini project. The twin brothers also own other crypto assets, such as Ethereum, but there is no information on the amount of savings in these areas.

Tesla’s CEO and co-founder, Mr. Elon Musk, is a long-time crypto enthusiast and one of the Dogecoin (DOGE) ambassadors. In 2021, Tesla announced the purchase of $1.5 billion worth of BTC. Over time, the company sold about 75% of Bitcoins in the falling market of 2022. As Musk himself reported, this was done to increase the company’s liquidity.

Speaking about his own cryptocurrency savings, Musk admitted that he still owns Bitcoins, Ethereum, and Dogecoin and that he personally did not sell any of them.

Michael Novogratz, founder and CEO of brokerage and dealer company Galaxy Digital, is an advocate for blockchain and cryptocurrencies in general. His company invests in products using the Proof-of-Stake (PoS) consensus mechanism, acquired $62 million in NFT-related projects, and as of the first quarter of 2022, the company owned approximately $257 million in BTC.

According to U.Today, Novogratz often hinted that BTC prices would bounce back when the US Federal Reserve began easing monetary policy. According to the recent statements by Novogratz, during the crypto winter, Galaxy Digital is focusing on NFT projects, in particular, the release of part of the new Galaxy Explorer collection as early as mid-October 2022.