​​📂 The latest news and events in the NFT world 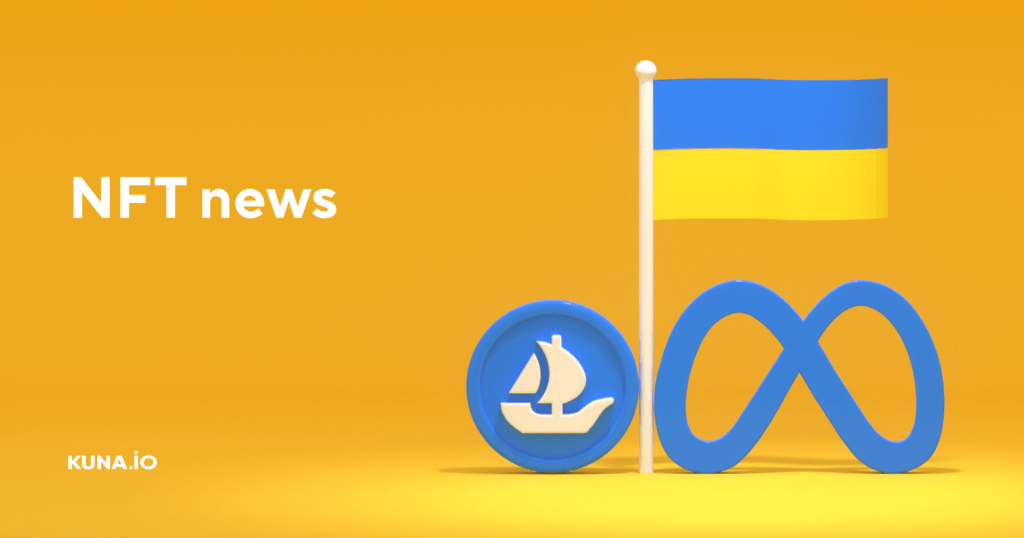 The NFT industry never ceases to amaze users and investors with its innovations. Non-fungible tokens continue to grow in importance within the digital world.

Today we will consider some significant news in the NFT industry, and we will also try to highlight the development of the NFT sector in Ukraine.

The postage stamp can be purchased as an NFT token on the Open Sea platform. This happened back in the middle of summer this year within the framework of the Ukrainian-Swedish project “Acting for Health”.

Recently, it was reported that Japan Post has also launched NFT postage stamps based on blockchain technology. The collection was divided into 3 parts with animals, flowers and scenes. On average, each postage stamp cost $4 and reached a price of $82 in the secondary market.

In total, 5 NFT bears were released, as well as their physical versions decorated with Swarovski crystals. It is reported that such bears were sold at auction from 4 to 6 October with a starting price of $2,500. While the NFT version will be launched on the Polygon blockchain.

At the end of September, MetaMask released the initial version of the Portfolio Dapp, which will allow users to keep track of crypto coins, NFTs, and ENS in one place.

Project Phoenix, from the Lithuanian company Dadex, plans to raise €1 billion to help Ukraine using NFT products. The news was announced by Dadex representative in Eastern Europe Denis Tot during the presentation of the project at the Media Center Ukraine.

The company introduced support for NFT on social networks Instagram and Facebook. Users will now be able to publish NFTs. To do this, you need to link the digital wallet to one of the applications, and access to the NFT will be implemented.

This news is also important for the development of the NFT sector in Ukraine. Back in March of this year, an NFT museum was launched in Ukraine. The project was launched by the Ministry of Digital Transformation together with the Ukrainian blockchain community, and in a few months was able to raise $560,000 by selling virtual drawings in the META HISTORY Museum of War.

▫️ OpenSea implements a new tool on its platform

The OpenRarity NFT rarity tracking capability will let potential buyers know the rarity level of the selected NFT. This type of information is now one of the most important when choosing an option to buy.

Epic Games have added the first NFT game to its marketplace. Web3 The Blankos Block Party game was launched back in 2020 as a beta version and has attracted over a million players to date.