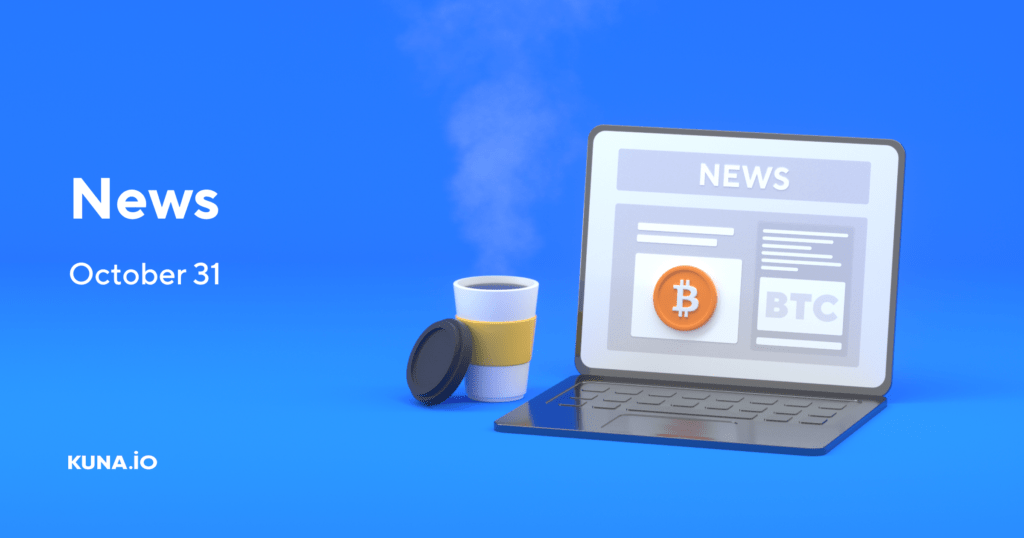 Let’s learn more about these and other news in our review!

On October 25, the first cryptocurrency broke through the psychological $20,000 level after a long period of low volatility. On Wednesday, October 26, the price tested the level of $21,000 but failed to consolidate and then rolled back. BTC is trading near the $20,500 level at the moment of writing.

Other assets from the top 10 also showed promising results. Ethereum (ETH) strengthened by a more impressive amount, showing an intra-week rise of 23% around the $1,610 level. However, DOGE showed the most significant gains. Memcoin strengthened by a dizzying 110% in 7 days to $0,11 at the time of writing. This rally was caused by a tweet from Cardano founder Charles Hoskinson, who invited Dogecoin to switch to Cardano blockchain as a sidechain for free.

Current currency quotes as of the morning of 10/31:

The Telegram messenger team has launched the Fragment platform for selling usernames. The marketplace is based on The Open Network blockchain, and the native Toncoin token (TON) will be used for settlements.

Auctions for the most valuable usernames have already begun, and some of them are valued at more than $600,000.

✅ Payment Systems Are Expanding Into Cryptocurrencies

Western Union has filed trademark registrations for Web3, Crypto, and Metaverse. They will be used to trade and exchange digital currencies, as well as to issue valuable tokens.

Visa is not far behind the WU. Its new trademark registration documents indicate its interest in exploring digital wallets. Among other things, the payment system is interested in interacting with NFTs and metaverses.

Users of the social network Twitter will buy and sell NFT through the tweets. The new functionality will be implemented as part of Twitter’s partnership with NFT marketplaces Magic Eden, Rarible, Dapper Labs, and Jumptrade.

The tool is called NFT Tweet Tiles and is in the testing phase.

FTX exchange CEO Sam Bankman-Fried said the exchange is working on its own stablecoin. He clarified that the company’s priority is launching it through a third-party partnership.

Bankman-Fried declined to specify a timeline for the launch of stablecoin, but noted that the exchange “already has experience developing” similar projects.

Do Kwon, founder of the failed Terra ecosystem, has become a defendant in a $57 million class action lawsuit in Singapore. Three hundred fifty-nine investors claimed that Kwon and the top management of Terraform Labs deliberately misled investors about the technical state of the terraUSD (UST) stablecoin.

The lawsuit also emphasizes that Kwon knew about the “structural weakness of algorithmic stablecoin” because he had a similar failed experience with the Basis Cash project.