​​🗓 Results of the week: BTC is trading below $19 thousand, Tether integrates USDT on Polkadot, Compute North files for bankruptcy 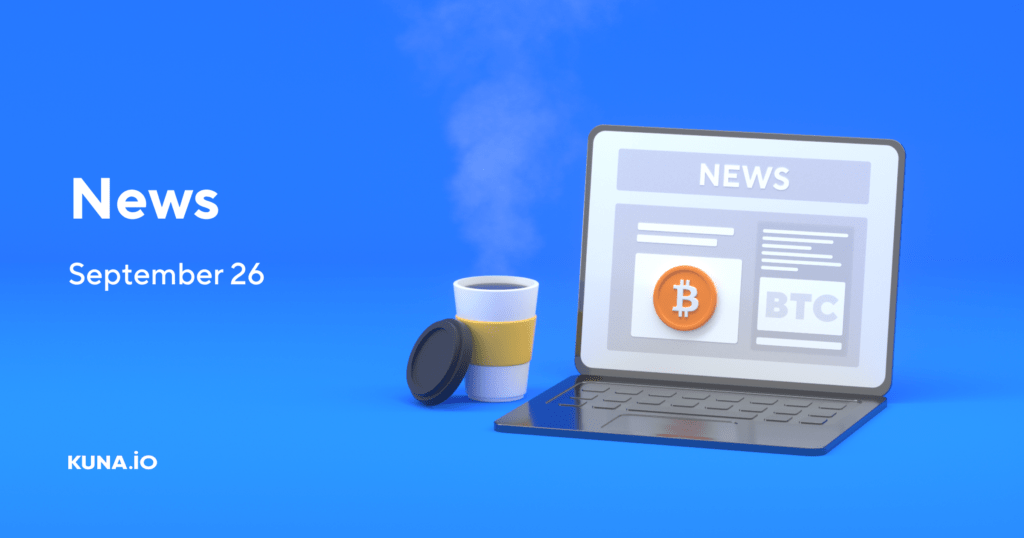 We provide the most important news from the crypto world over the past week.

The most popular cryptocurrency lost about $1,000 over the past week, the current value of BTC varies around $18.9 thousand. ETH started the week with positions at $1,341, and after certain fluctuations during the week, did not show a significant change in price by the end of the segment of 7 days, the current ETH price is approximately $1,300.

Among the top 10 coins, only The Ripple (XRP) showed a solid growth of more than 40%. It is worth noting that DOGE, which recently entered the top ten, also added more than 7%.

UPD: As of the beginning of the current week, all mentioned coins have entered the green zone.

Current quotes for the morning 26 September

Tether (USDT) is being mined on the Polkadot blockchain. In the middle of last week, the largest stablecoin by market capitalization and the third largest cryptocurrency, announced the launch of Tether (USDT) on Polkadot.

The representative of the top management of Acala Network, Dan Riser, announced on his Twitter about the emergence of a new opportunity to mine Tether through the Polkadot blockchain. The stablecoin will also be available on the Avalanche, Kusama, Ethereum, Solana, Algorand, EOS, Liquid Network, NEAR networks and on the Standard Ledger protocol from Bitcoin Cash.

✅ Compute North is to announce the bankruptcy

The reason was the fact that Compute North’s crypto-mining data center owed about $500 million to 200 creditors. The CEO of the company resigned back in early September as the overall fall in crypto asset prices puts a lot of pressure on the industry.

Back in February, the company announced that it had raised around $385 million in capital. However, the plans of the Compute North team fell through as miners struggled to survive due to the sharp fall in BTC prices and rising electricity costs.

✅ Tether was required to provide documents on USDT reserves

Such a ruling was requested by the New York Court, the request says that Tether must provide financial statements confirming the support of USDT.

Tether will provide all data on the transfer of any stablecoins or cryptocurrencies, ledgers, profit and loss reports, and cash flow data.

Information about the company’s accounts with Bittrex, Bitfinex and Poloniex must also be provided in accordance with the requirement of the court.

Former MicroStrategy CEO Michael Saylor predicted that Bitcoin will be worth $500,000 and replace gold by 2030.

In a recent post, he pointed out that the next logical step in the evolution of Bitcoin would be to replace gold. Sailor noted that the world’s first cryptocurrency is digital gold, the half-life of money in bitcoins is infinite, this asset can be moved around the world in seconds.

Sailor also added that he owns more than 17 thousand BTC purchased at a price of about $9.5 thousand.

Stay tuned for new KUNA News posts. We cover the most important events in the cryptocurrency market. Keep in touch with us 👌