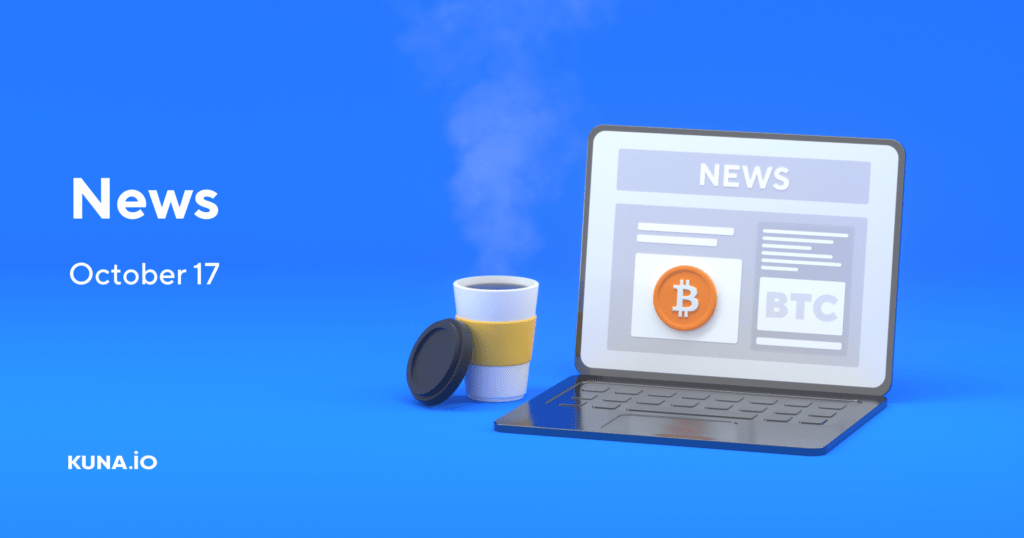 The No. 1 cryptocurrency reacted by falling on releasing new U.S. inflation data on Thursday, October 13. The coin fell below $18,200. Despite the fast recovery of position and approaching $20,000, BTC finished the week with a decrease of 1.9%. ETH also decreased: the coin fell by 3% over the week to $1,282.

On October 12, the lower chamber of Kazakhstan’s parliament approved five bills relating to the regulation of mining and digital currencies in the first reading. In particular, it is about the order of the issue and crypto circulation on the country’s territory.

U.S. holding BNY Mellon allowed customers to keep BTC and ETH in their accounts, in addition to traditional financial instruments. The New York regulator issued permission for this.

Selected clients have this opportunity so far, but the holding is exploring the possibility of giving more people access to cryptocurrency storage.

✅ Polygon Has Launched a Test Network

The Polygon project has launched a public test network of Ethereum’s scaling solution, zkEVM. According to the developers, it involves the world’s first full-scale open-source verification system.

The new solution is designed to scale Ethereum and reduce transaction fees without sacrificing security and EVM equivalence.

Tether, the issuer of the USDT stablecoin, gave up on using short-term securities to back its assets. They have been replaced by $40 billion in U.S. Treasury securities.

Tether explains its refusal to use commercial collateral for USDT by striving for better business transparency.