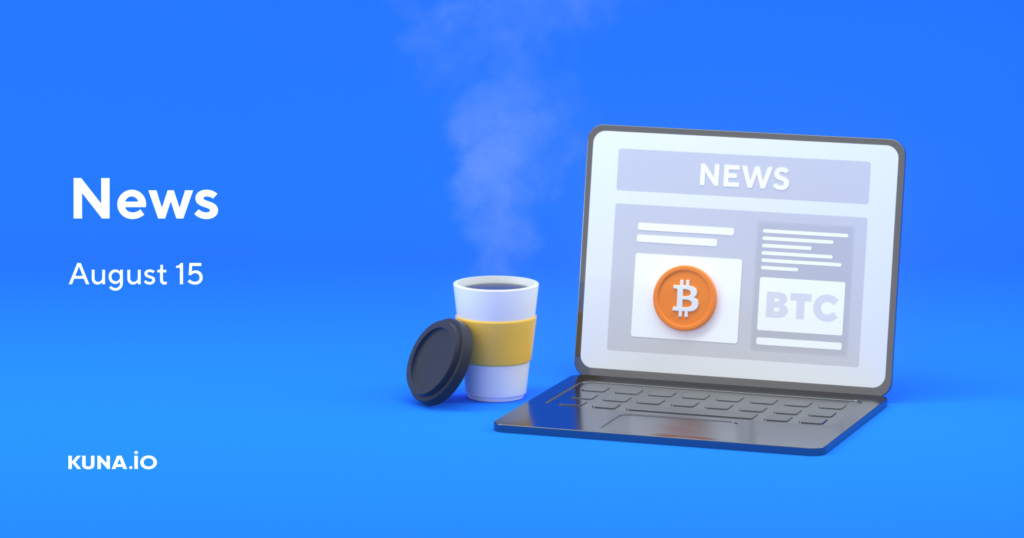 Ethereum, the second largest cryptocurrency by capitalization, tested the $2,000 mark amid news about the transition of the Goerli test network to the Proof-of-Stake (PoS) algorithm. According to CoinMarketCap, the asset has risen by 7% over the week. The mainnet transition to PoS is scheduled for September 15-16, 2022, but the final date depends on the ETH hashrate.

As expected, the approaching transition has provoked a new wave of discussions about the fate of Ethereum miners. Ethereum Classic may become one of the beneficiaries, providing miners a new source of income. There are also Ethereum fork talks, but many note the development complexity of such a project.

Yesterday, the price of bitcoin tested the $25,000 level, but today the asset is trading in the $24,200 – $24,500 range. According to CoinMarketCap, the rate remained practically unchanged over the week.

As for top-20 altcoins, SHIB showed the most significant weekly growth — the token has risen by 26%. Many analysts attribute such a jump to the integration of SHIB into the Binance European payment card.

The protracted downtrend harmed almost all market players, including the CoinBase exchange. The company’s loss for the second quarter of 2022 was $1.1 billion, or $4.98 per share. At the same time, it was expected that the figures would be half as much — $2.47 per share. CoinBase’s net income decreased from $2.03 billion in the same period in 2021 to $803 million. The exchange also confirmed that it had received inquiries from the US Securities and Exchange Commission about various aspects of the platform’s activities.

✅Massive blocking of the Tornado Cash mixer after US sanctions

Regulators continue to fight anonymity in crypto. So, last week, the popular cryptocurrency mixer Tornado Cash fell under the sanctions of the US Office of Foreign Assets Control (OFAC). The agency stated more than $7 billion had been laundered through the service since 2019. Blocked wallets now hold $437 million in stablecoins, ETH and WBTC.

USDC issuer blocked all platform assets on its blockchain. Then Infura and Alchemy limited requests to the service, while the dYdX DEX exchange and the Oasis platform soon followed suit.

Despite the bear market, Bitcoin still retains the support of institutional investors. The Wall Street Journal reports that US pension funds continue to hold their positions in digital assets.

For example, a pension fund from Houston bought BTC and ETH for $25 million in 2021, and now the investment has almost halved in price. Nevertheless, the organization remains optimistic, as “the volatility was expected.” The Fairfax County Police Officers’ Pension Fund in Virginia shares the same position. However, it is worth noting that many believe that crypto investing is too risky for retirement savings.

🤔Would you like your pension to be credited in crypto?