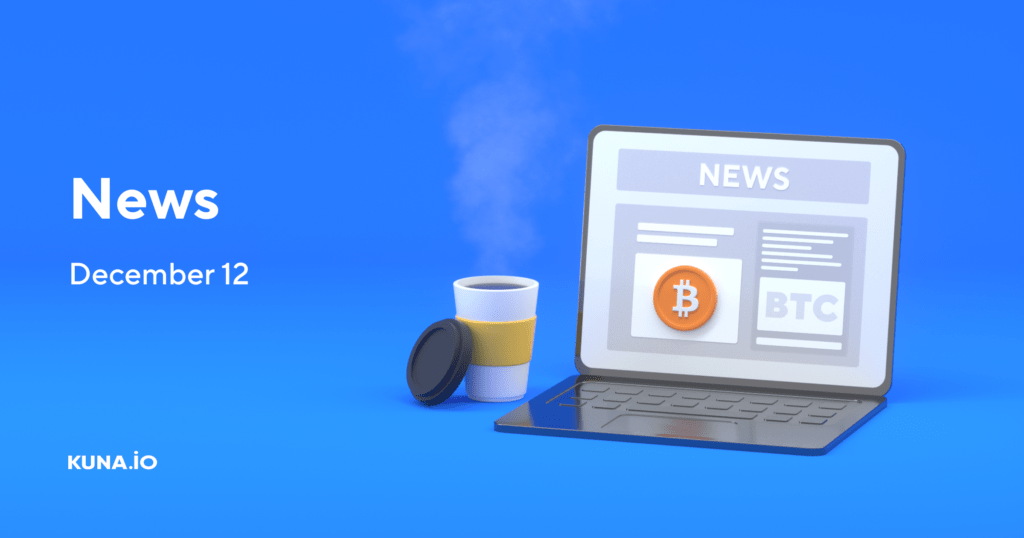 Learn more about these and other news in our review.

The week ended more than well for digital gold; the price tested above $17,000 on Monday, December 5. After a slight fall, it returned to the previous level, and since December 8, Bitcoin has been moving in a relatively narrow range. The first cryptocurrency is now trading at $17,010.

ETH is also stuck in a narrow range, so its intra-week rise of 1.07% can be considered nominal. At the time of writing, the asset costs $1,254.

However, Bitcoin and Ethereum are the only digital assets from the top 10 that ended the week with positive gains. There was a negative trend among the rest of the coins. DOGE (-3.8%) and ADA (-2.2%) were the outsiders.

Telegram has added the ability to register an account without a SIM card using an anonymous blockchain-based number. Such a possibility appeared in a recent update.

Coinbase’s revenues could halve by the end of 2022 amid the collapse of FTX and the general decline of the digital currency market. In a Bloomberg interview, Brian Armstrong, the company’s CEO, stated it.

At the same time, in November, he stated that his company was not affected by the crisis and that users would remain safe.

A U.S. court has dismissed a lawsuit against the model and TV star Kim Kardashian and boxing legend Floyd Mayweather from investors in the EthereumMax (EMAX) project.

According to Reuters, U.S. District Judge Michael Fitzgerald in Los Angeles noted in the ruling that the complainants failed to prove malicious intent and did not specify when they saw the ads.

Hardware wallet maker Ledger unveiled a new device, the Stax. The former head of the design and production department of Apple’s iPod, Tony Fadell, was involved in its creation.

The device’s E-Ink-based screen displays the user’s NFT in black and white tones. The credit-card-sized device allows you to manage digital assets (including swapping and locking for steaking) and connect to the Ledger Live app via Bluetooth.

The pool is currently available in beta release and supports ETH/USD data feeds on the main Ethereum network.