🗓 Results of the Week: BTC Has Consolidated Above $21,000, the CEO of Binance Commented on Possible Restrictions for Russians, Fragment Sold Its First Username 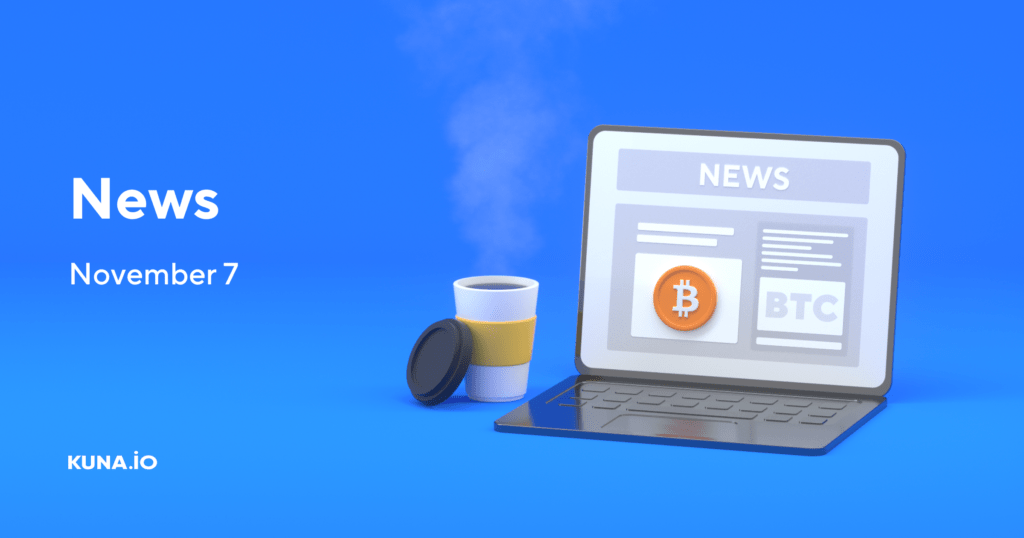 The week began with the BTC price falling as the Federal Reserve awaited a decision on its funds rate. On November 2, the U.S. regulator raised the interest rate range to 3.75-4% per annum.

Despite a slight drop on Wednesday due to a tightening of U.S. fiscal policy, the BTC price began to rise rapidly on Thursday and exceeded $21,000 on Friday. At the time of writing, the asset is trading at $20,880.

At the end of the week, all cryptocurrencies from the market’s top 10 were in the green zone. Thus, the Ethereum (ETH) price rose by 1.38% to $1,630. DOGE and USDT were the exceptions: memcoin decreased by 3.22% to $0.12, and stablecoin fluctuated around the zero mark.

Current quotes as of the morning of November 7:

CEO of Binance exchange Changpeng Zhao said that he does not have a definitive answer regarding restrictions for Russians. These words were spoken during a Web Summit in Lisbon.

Zhao said that Binance would not serve citizens of the Russian Federation in Europe. However, there is no decision on other jurisdictions yet.

The FTX exchange has added a feature to send crypto and American dollars by phone number and email. It was announced by the founder of the platform Sam Bankman-Fried on his Twitter.

Users who do not have an FTX account will need to sign up and pass a user identification (KYC) to receive cryptocurrency. The exchange will return the coins to the sender if the recipient does not pass the verification in a certain amount of time.

MicroStrategy could have earned $1.6 billion instead of losing $1.3 billion if it had invested in Ethereum instead of BTC. The authors from the Blockchain Center made such conclusions.

According to analysts, the company’s reserves would be 3,781,691 ETH ($5.9 billion) now, taking into account income from stacking. The current asset value is estimated at $2.66 billion.

Analysts at the firm PeckShield reported on their Twitter that cryptocurrency market losses for 2022 approached the $3 billion level. By comparison, only $1.5 billion were stolen from online platforms in 2021.

In the last month, attackers managed to hack 44 projects out of 53 under attack.

On November 2, the first Telegram user name — auto — was sold at the blockchain auction Fragment. The total price of the username was 900,000 TON (about $1.4 million).

A user account with this nickname has not yet been created.