🔚 How Do Analysts See the Bear Market Ending? 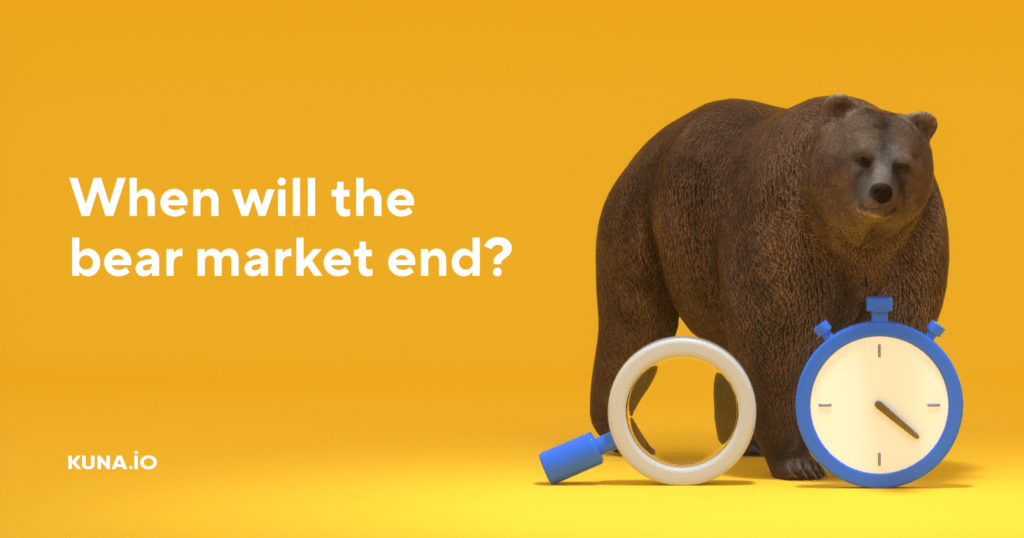 Bitcoin began testing the $18,000 level on Tuesday, December 13. It was also followed by Ethereum, which crossed the $1300 mark. This situation looks quite interesting in the short term, but it is tough to call it a trend reversal. So what could the end of the bear market really be?

📉 Significantly Lower BTC Low on the Monthly Chart After Capitulation

According to analyst Jason Pizzino, there may well be a situation where Bitcoin could trade at lows on the 1-month chart after a capitulation (a massive withdrawal of investors from the market), as has happened before. And the close is possible within the previous candle.

He cited the previous bear market as an example. Between January 2018 and February 2019, BTC lost 80% of its value; after an all-time high of $20,000, the coin rolled back to $3,400 (though experts called the $6,000 level the “bottom” at the time). However, with the pandemic’s beginning, the cryptocurrency was again waiting for record growth, compensating the owners of coins for their fall.

In addition, the analyst recalled the 2011 capitulation, when the market fell and tested prices for a month, after which the charts of significant crypto assets rebounded twice and went into a bullish trend.

📈 A 50-60% Rebound in the Next Month after the Capitulation

Another scenario that signals a possible BTC chart reversal is a 50-60% bounce in the next month after capitulation. In this context, we should recall the October forecast by Galaxy Digital founder Mike Novogratz, who attributed the bearish pressure to higher interest rates from the Fed. He believes that with the pause in the introduction of tight monetary policy, there will be a trend reversal and a transition to a bullish phase.

He cited a more significant correlation with traditional assets than the impact of inflation itself as the reason for the “crypto winter” drag.

🤔 What Is the Most Likely Scenario From a Historical Perspective?

If you look at historical data on the charts of major digital currencies, a repeat of previous surrender options is entirely possible. Despite the market being in a protracted “crypto winter,” analysts believe in just such an outcome.