​​🧐 Outlooks and predictions in the world of cryptocurrencies that came true 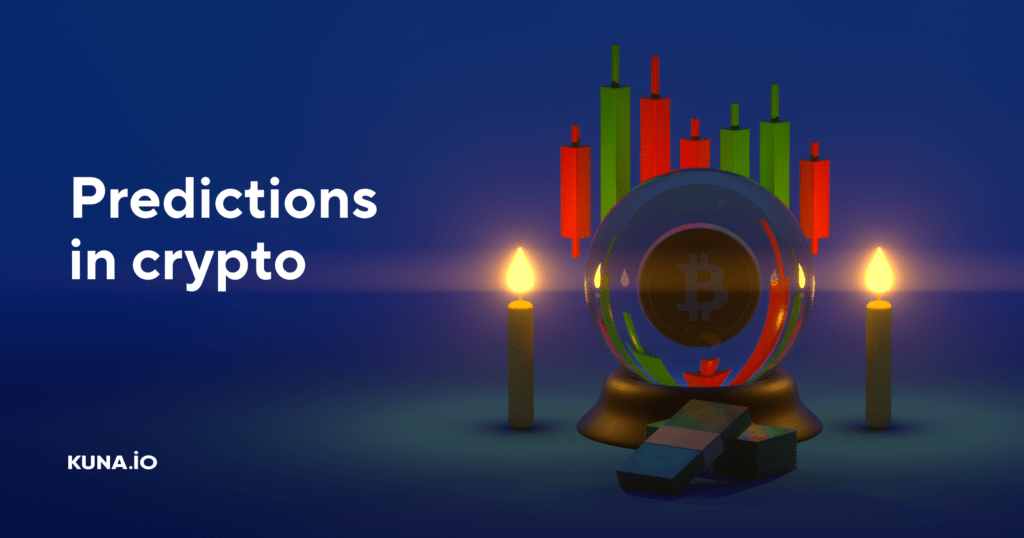 Outlooks and predictions in the world of digital currencies are very controversial matters. Some people are guided by the thoughts of the market whales, others prefer experienced traders and their analytics, and still others rely only on their own background and expertise.

However, sometimes predictions come true, and today we will talk about three intriguing predictions that have done it.

Back in 2013, billionaire Bill Gates shared his thoughts about the cryptocurrencies’ functional advantages over fiat money. The Microsoft co-founder pointed out that Bitcoin is better than a currency, in that two people who want to transfer money do not need to be in the same place, emphasizing the coin’s usefulness in the context of large transactions.

In the past few years, BTC has continued to play an important role in global cashless payments. According to ycharts, even during the current bearish times, there are about 200 thousand BTC transactions every day, and at the peaks of 2021, these transactions were twice as many.

It is also worth pointing out that Gates’ statements at the time are also relevant to the topic of the BTC limited supply. Due to the COVID-19 pandemic, states have decided to print more money to resist the economic crisis. At the same time, Bitcoin experienced deflation, thereby reducing the mining reward and halving the incoming supply of the coin. This fact was also referred to by Robert Kiyosaki, whose prediction about the cost of bitcoin at $75,000 per coin almost came true.

In 2014, the founder of the Virgin Group, Richard Branson, said that there is a possibility of the emergence of such coins that can surpass Bitcoin in various ways. This statement touched upon the fact of the blockchain technologies development.

One of Branson’s prediction confirmations is the emergence of an independent DeFi financial ecosystem. The presence of such features as fast anonymous loans and deposits turned the interest of investors and traders towards coins associated with this new direction.

In 2014, when Branson was talking about the emergence of a competitor to Bitcoin, the concept of which did not yet exist. And now, the total capitalization of this market is more than $47 billion.

President of InTheMoneyStocks, a well-known cryptanalyst in the media space, Gareth Soloway is one of the few who predicted the fall of BTC after the crypto-euphoria of 2021. The specialist pointed out that in the end, after the coin overcomes the milestone of $50,000, there will be a significant drop to $18,000, which happened in the first half of this year.

In an interview, Soloway mentioned, “I still remember being the loneliest person in the room. No one really wanted to talk to me there. I kind of had to stand in the corner because I was the only one who was bearish. But then again, the price always decides. Charts always pit truth against emotion.”

Over time, Soloway also predicted BTC to rise to $25-30K after falling to $18K in the summer.

❗️ It is important to understand that trusting predictions is a rather dangerous business. In the fall of 2017, Galaxy Investment Partners CEO Mike Novogratz stated in an interview for CNBC that by the end of 2018, BTC would rise to $40,000. This prediction turned out to be false, but it’s worth considering how many people could build their investment strategies based on the opinion of such industry authority.

🤔What accurate or unfulfilled predictions do you remember?